From 14 to 20 June we celebrate Refugee Week, welcoming those who have come into Australia and celebrating the valuable contribution refugees and people seeking asylum make to our society. The Uniting Church has always been a strong advocate for the rights of people fleeing persecution – but we are not alone in our calls for justice.

Wherever possible the Uniting Church seeks to collaborate with service providers to ensure we are reflecting the needs of people most in need. In the complex field of immigration issues it is also handy to have assistance from academic friends – like Dr Caroline Fleay. 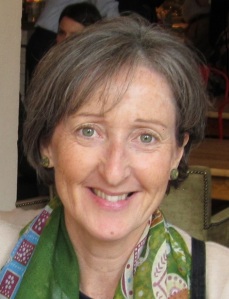 Dr Caroline Fleay is an Associate Professor at the Centre for Human Rights Education at Curtin University and has been researching the experiences of people seeking asylum in Australia. Caroline is a regular visitor of some of WA’s immigration detention sites and writes extensively about the impacts of Australia’s immigration policies.

Caroline is currently a Board Member of the Refugee Council of Australia and co-convenes the WA Refugee and People Seeking Asylum Network of which the Uniting Church WA is an active member.

Gabrielle Nind, Social Justice Officer at Uniting Church WA, interviews Caroline to find out what keeps her going after more than 30 years of activism and how she thinks we can influence change in immigration policy.

How did you come to do this sort of work?

I’ve long been involved in community work and campaigns. I’ve also taught a course on activism as part of our Master of Human Rights which really helps in thinking about activism in our own work. It has been a wonderful opportunity to reflect on all sorts of different activism with my students, and through that it helps you to think about activism within your own work. It makes us question ourselves about what it is we think we are doing, how we can best contribute, and ultimately how we can bring about social and political change in order to shift policies in a sustainable way.

I think it’s important to engage in individual advocacy to help individuals get what they need to settle well here, as well as take a good look at the system and the structures in place that prevent people getting what they need. Bringing about a change in this system though is much more difficult.

I think activism that tries to bring about systemic change can include actions that directly connect with the political system and those in it. Instead of looking at the political system as a whole we could see it as being comprised of individual people, and try to engage with them about what needs to change.

I see my role as helping to enable people with lived experience to have direct access to policy makers, and working with them to try to bring about the necessary changes. This is not to say that it’s the only form of activism, there are a number of ways to be an activist, however this is one way that I believe I can contribute within my role.

How does it cross over with the advocacy work you’re doing now?

I work at the Centre for Human Rights Education which is a research, teaching and activist centre at Curtin University. How we understand research in particular is that it has an inherent connection with activism. The vast majority of my research now is working with people who have come to Australia to seek asylum.

I see my role as working with them to document and communicate their experiences, and helping to elevate the impacts of Australian policies on those who have come to Australia seeking asylum. I believe that research is an important part of activism as it can help to inform how you understand a particular situation of abuse or oppression, and how you respond to it.

Therefore, I see my activism as being directly connected to my research. Along with my colleagues at the centre, and other academics in our network, I see that the results of a research project with people seeking asylum shouldn’t just be communicated to an academic audience but used to try and shift policies that are punitive to those who have come by boat. I think this is the role of an academic and researcher.

Why are you passionate about this?

I’ve been involved in campaigns in this area since 2000, when it was clear that the Howard Government’s policies were having such a dreadful impact on those who were coming to Australia by boat. I then went overseas for a few years and when I returned it seemed as though the political rhetoric had shifted somewhat and that there was space to talk about more humane policies.

A few years after the election of the Rudd Government, however, it was clear that asylum seeker policies were becoming harsher once more and people began to be detained for long periods of time once again. That’s when I started visiting detention centres as a volunteer and the terrible impacts on those who have been locked up indefinitely were obvious and very worrying.

I was doing a lot of individual advocacy at this time, as well as trying to work as part of a national collective to create the necessary shift in policy. It’s through the relationships that you develop with people living with the awful impacts of Australia’s policies that you particularly feel a strong compulsion to do something about it, because you’re witnessing it. That is when I shifted my research to write about and work with those who came here seeking asylum. It made sense to use my position as an academic to try to help create change in this area.

Why is refugee advocacy needed?

It’s important that people in Australia who have the capacity and opportunity to speak out, to raise their voices. As an Australian citizen, it is pretty safe for me to speak out on this issue, and to work with people with lived experience. The responsibility is on us who vote to have those tough conversations with our representatives, and ensure that people seeking asylum are heard.

What has been achieved so far in this space?

A number of things have been achieved through a lot of collective work so many of us have been doing in WA over the past few years. This includes helping to raise the visibility of the experiences of people seeking asylum and being a source of support for them, and practical outcomes such as establishing the WA Friends of Refugees Parliamentary group, and achieving access to Transperth concessions and TAFE studies at local student rates for everyone from an asylum seeking background.

A highlight has been to work together as a collective with people from an asylum seeking background, and people in the not-for-profit sector, universities, unions and churches, and other community members. We have collectively formed a space to come together, keep each other informed, learn from each other, and decide how best to respond to the punitive asylum seeker policies in this country.

What is your hope for the future?

My hope for the future is for people who came to Australia as asylum seekers to be given access to permanent visas as well as access to family reunion. People need to be allowed to settle here and they can’t do that without a permanent visa and the opportunity of getting their family here to join them. It has been eight years since so many first arrived. Additionally, I hope for a future where mandatory detention is a thing of the past and the legislation is repealed, and all sites of detention are closed. And Australia does its fair share in resettling far more refugees than it does.

I think it is important to recognise though that bringing about sustained policy changes in all these areas is a long term project – much more collective work across the country is needed.

How would you suggest people and the church get involved in this issue?

There are a number of ways for people to get involved. One of the most important ones is for people to contact their local Member of Parliament to discuss this issue, as well as working alongside people with lived experience.

If people aren’t inclined to contact their MP, I believe that simple acts of kindness such as donating to and/or volunteering with an organisation that provides support services for people seeking asylum is also extremely beneficial, as well as talking about the need for policy change with their friends and family.

For more information on how you can get involved, get in contact with Gabrielle Nind at gabrielle.nind@wa.uca.org.au

One thought on “Refugee Week 2020: academics and activism”