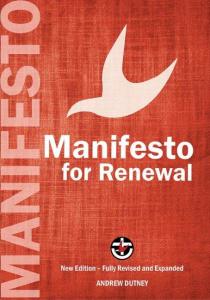 This book, first published in 1986, was based on Dutney’s thesis, The Development of the Understanding of Ministry in the Australian Church Union Negotiations 1957-1971.

He identifies strongly with the Joint Commission on Church Union (JCCU)’s reports and Proposed Basis of Union. He remains uncritical of the reports’ arguments and negative about the uniting churches.

Dutney’s picture of how the JCCU’s thought developed from 1957 to 1963 is a useful guide to that period of its work.

He writes informatively about discussion of the Proposed Basis in the uniting churches, but concentrates on individual contributions, does not consider each denomination’s detailed response, and plays down the significance of those official responses for the JCCU’s work from 1967 on.

Dutney does not accept that the JCCU’s fresh start in 1967 sprang from the changes the churches requested to the Proposed Basis and the commission’s own new thinking. He does not follow the commission’s new theological approach to Jesus Christ, the church, ministry, and mission, and instead reads the 1971 Basis in the light of the earlier reports and new events.