The service for the commencement of the academic year for candidates for ministry at Perth Theological Hall was held at Uniting Church in the City, Wesley last Thursday 25 February.

The intimate service began with Rev Craig Collas acknowledging the Nyungar heritage of the land on which the service was held, followed by a call to worship from Psalm 63 and the voices of the attendees rising in worship through the historic rafters of Wesley Church.

After the singing of worship and a prayer of praise and confession, the candidates were brought forward to be prayed for by Craig and Rev Prof Bill Loader. The candidates present were Justine Wall, Paul Montague, Sophie Lizares-Bodegon and Judy Sanderson; Reuben Edmonds joined the candidates on stage for prayer as he enters his period of discernment.

The Bible readings were given by Justine, Paul and Sophie after which Bill preached the sermon. Bill’s sermon was a rich tapestry of teaching on the nature of ministerial service saying that the challenge before all Christians is that of bearing fruit, quoting from Matthew 7 “by their fruit will you know them” (Matt 7:16). Bill explained that when a fig tree fails to bear fruit a good gardener does not uproot and dispose of it, he digs-in the ground around it and adds nourishment to the soil. In the same way, he expressed, the job of ministry is to find out what nourishment people need and to help them dig it in around the roots of their faith in order for them to flourish and bear fruit again. At the completion of his sermon Bill placed a fig leaf on the alter table as a symbolic reminder of the call to bear fruit and to nurture the fig trees.

Following the sermon a service of conclusion of placement was held for Rev Dr Geof Lilburne as he completed his time as lecturer in practical theology. Craig invited Perth Theological Hall staff members to join him in farewelling Geof, after which those who wished were invited to step forward and farewell him in person.

Prayers of Intercession were prayed for the church by Neil Warne, for those involved in formation by Rev Emma Matthews, and for the world by Rev Anne McAndrew. The service was completed with a benediction and refreshments and fellowship followed. 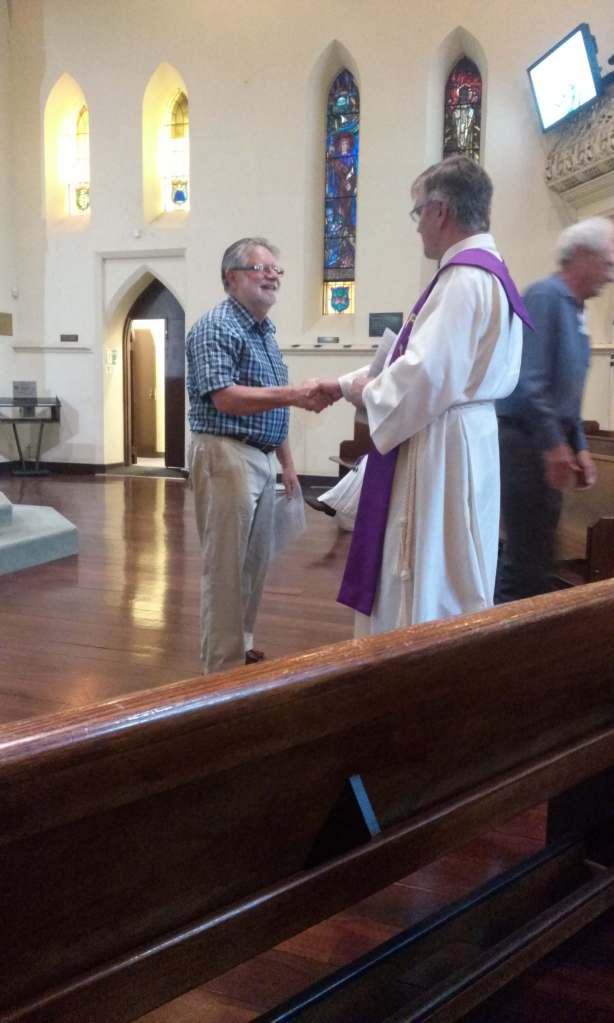 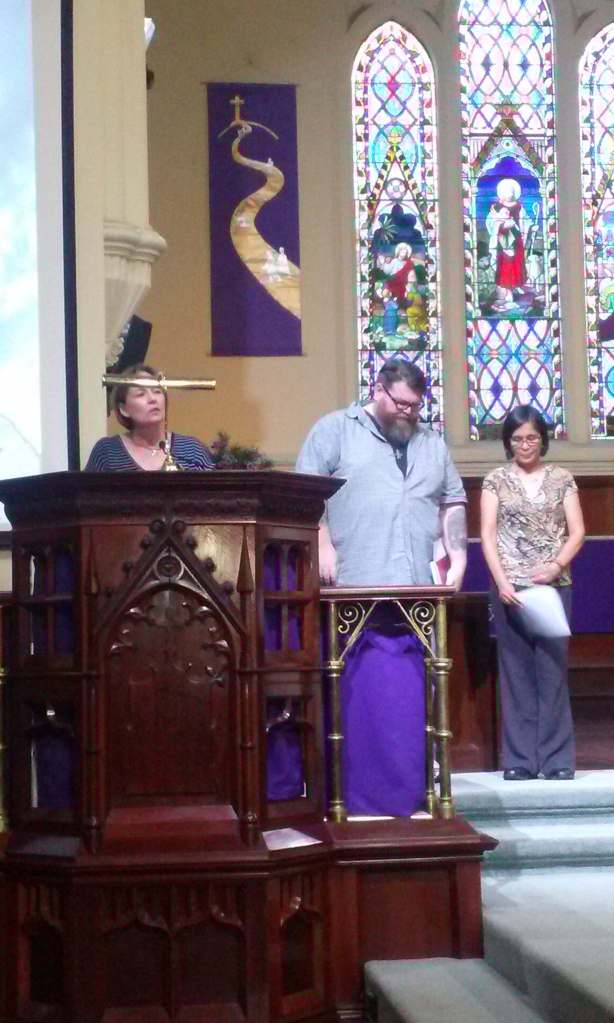