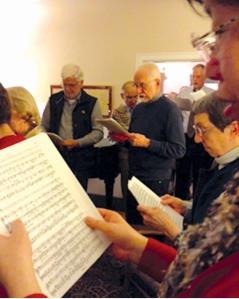 The Hallelujah Chorus with (l-r) John, Ellen and Bill Lemen.

G K Chesterdon, writer and Christian apologist is quoted as having said “The traveller sees what he sees, the tourist sees what he has come to see.”

Travellers may be regarded as pilgrims – literally those who have come from afar – who are on a journey to a special place. Over the past six weeks I have had the opportunity, while  visiting family and friends in Canada and The Netherlands, to reflect on what I have seen and how this seeing impacts on my sense of, and experience of, church, creator and  creation. 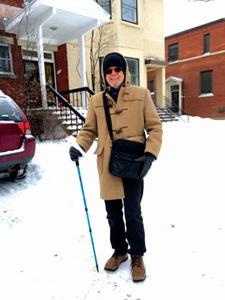 John, prepared to venture out in the freezing temperatures.

First stop in Canada was to visit friends known to many when they spent time ministering in WA in the 1990s – Bill and Ellen Lemen. They attend the United Church of Canada in  Vancouver and I was invited to join in a Bible study at 7.00am (dark-time) in a regular downtown café. I valued the study, for its excellent content (run by a friend and colleague of  Walter Brueggemann), but also for its sense of ease, normality and acceptance of sharing faith in a public space.

A few nights later we joined with 35 – 40 people of mixed ages in a caroling in the elegant home of the congregational musical director. The music and carols were tuneful and robust  with the evening culminating in a roof-raising singing of Handel’s Hallelujah Chorus. With full musical score, accompanied by a recording and led by an enthusiastic conductor, we  sang the familiar words joyfully and with a sense of awe and excitement. I could not help but reflect that increasingly carols – and understanding of the Christmas story – are diluted  to shopping promoting jingles and held captive to a secular supermarket agenda. 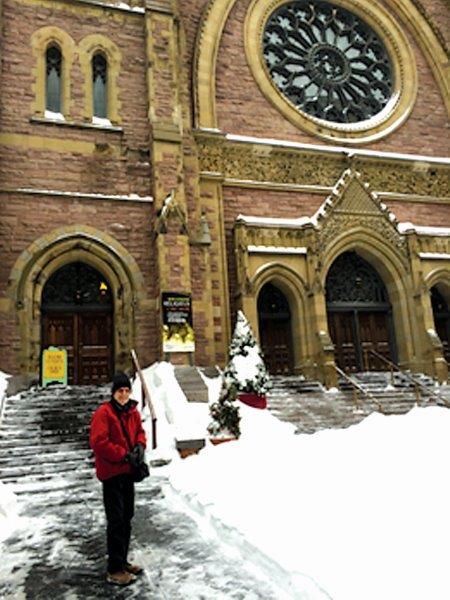 Next was two weeks in Montreal, with temperatures hovering between 0°C and -23°C and the city magically shrouded in deep snow. On the 4th Sunday of Advent, I worshipped downtown in St James United Church. Even arriving was a challenge as a storm raged, the roads were horrendous and public transport was nearly at a standstill. This was offset by  the welcome being generous, the worship and preaching excellent and the music particularly special.

Sudden transition from a southern hemisphere country and a hot dry Western Australian summer to a radically opposite situation in the extreme northern winter was somewhat  thought provoking.The symbols of Advent in the dark and gloom of a wintry Sunday morning in this great historic church and the promise of a ‘light to lighten our darkness’ made more sense! In a  typical Western Australian summer, where temperatures regularly exceed 30°C and we wear sunglasses as protection from the light, the idea of additional light doesn’t seem to apply  in the same way. One wonders what symbol might speak more meaningfully to our Australian environment?

Final destination was Nijmegen in Holland, where the days were short, but relatively warm (6-8°C). I celebrated Epiphany with the congregation at the Oecumenisch Citypastoraat (Ecumenical Parish Catholic/Protestant) within St Stevens Kirk (the building dates back to 1254). Although the service was in Dutch, the structure of word and sacrament was  totally understandable.

The music was exquisite and with my trusty iPad I was able to read the lessons in English. Three members of the congregation during the traditional proclamation period represented age and gender diversity in a reflection on the three gifts. Despite the limitation of common language, I was able to participate incredibly  meaningfully in the worship. I was led to reflect on how much, in worship, we can be freed from being captive only to the spoken word.

In travelling, I try not so much to be the tourist with a tick list of places to see, but a traveller open to new ways of knowing God and sharing in different experiences and ways of  worship. Moving through a diversity of cultural landscapes raises questions on one’s own spiritual growth, worship practices and ways of community, while building a sense of  wonder in the diversity of creation and appreciation of people’s long histories of faith and church.